Established in 1886, The Queen’s Club was the first multipurpose sports complex ever to be built, anywhere in the world.

The Club offers its Members the opportunity to play Lawn Tennis, Real Tennis, Rackets and Squash on some of the finest courts in the world.

An oasis of calm, The Queen’s Club is situated at a convenient location close to the centre of London. Along with first-class sporting facilities, the Club also offers excellent entertaining and dining facilities, including an elegant restaurant, bar, museum, and the President’s Room, all of which are located within the Members’ Clubhouse. The overall setting is both tranquil and charming.

This, together with the array of rackets sports available, is why The Queen’s Club remains one of the most coveted memberships in the country.

Throughout its history, the Club has been an exceptional sporting venue, and today hosts the world-famous annual cinch Championships (formerly the Fever-Tree Championships), the World Rackets Championships, leading Real Tennis events, including the World Championship, the British Open and between 2009-2013 The ATCO Super Series Squash Finals.

The Club has hosted as many as twenty-five different sporting activities and, as well as lawn tennis, has been the scene for such varied sports as ice-skating, baseball, athletics and rugby. By the late 1920s, annual Oxford v Cambridge challenges at rugby, football and athletics had taken place at the Club for over thirty years and, at times, as many as 10,000 spectators were attracted to the grounds. As these events outgrew the Club’s facilities, they were transferred to their new homes at Twickenham, Wembley and White City. Meanwhile, the increasingly popular game of lawn tennis took over the grounds of the Club.

In May 2007 the Queen’s Club Members successfully acquired a 120-year lease from the Lawn Tennis Association. The Members now own and operate their Club through a fully elected Board and over the past 14 years the Members have sensitively invested in the Club’s facilities completing key projects which include the Clubhouse refurbishment and the Grille, where Members dine in the heart of the Club, the creation of both a Junior Club facility and a new Gymnasium, re-surfaced four artificial grass courts and refurbished the President’s Room. 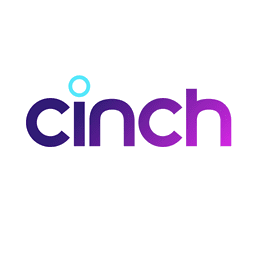