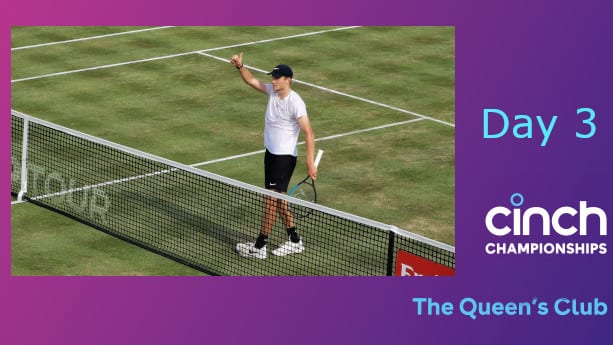 Another scorcher of a day!

The first match was an all Australian affair, Alex de Minaur and John Millman. There was no holding de Minaur back, from the off he was on fire, rattling through Millman. 6-1 6-3.

Following was fifth seed Aslan Karatsev against Cameron Norrie. Both had had big matches in the first round and didn’t disappoint the crowd. The crowd was backing Norrie on every shot! 5-7 2-6.

Alexander Bublik faced wild card entry Jack Draper. Draper having taken the scalp of Sinner on Monday was on terrific form. Bublik tried all the tricks but Jack wasn’t falling for any of them 6(5)-7 6(0)-7

Marin Cilic and Fabio Fognini promised to deliver big serves and action. Almost going to a third set, Fognini was 4-1 up before Cilic came back. 6-3 7-6(4)