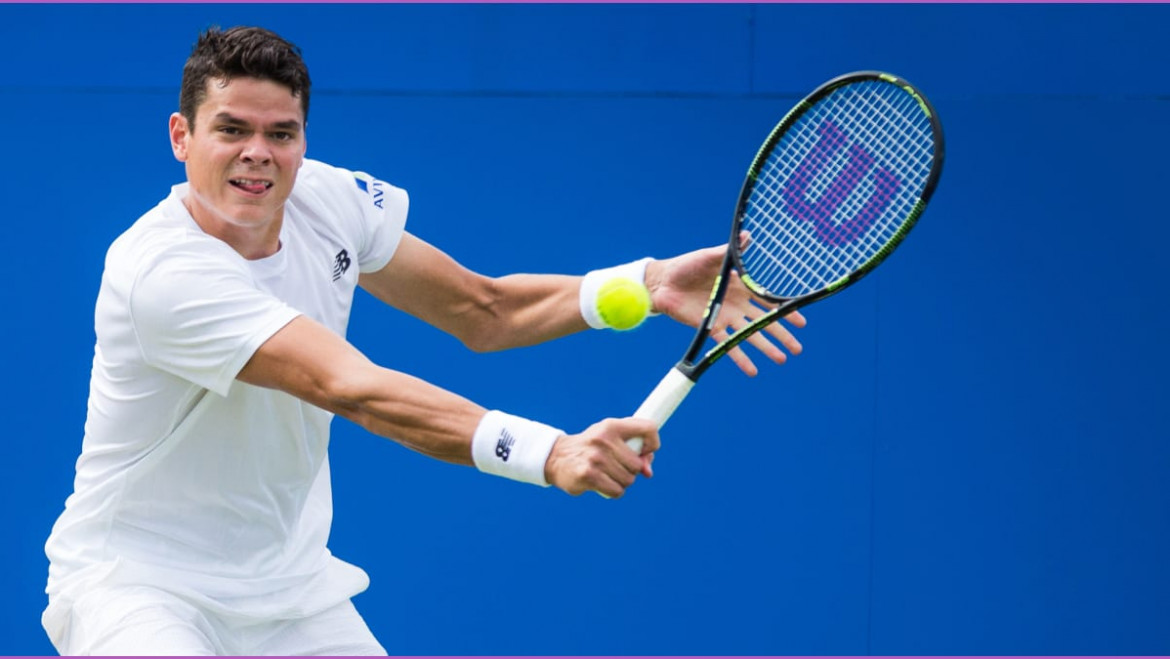 Dimitrov won the title in 2014 in one of the best finals in the event’s history – a 6-7, 7-6, 7-6 triumph over Feliciano Lopez in 2014. Three weeks later, Dimitrov enjoyed a career-best run at Wimbledon, beating Andy Murray on his way to the semifinals.

“The Fever-Tree Championships has always been one of my favourite tournaments,” said Dimitrov. “I have a special connection with everyone that works there and the crowd, and will always look back with happy memories on winning the event in 2014. I am already looking forward to coming back again in June.”

Raonic reached the final two years later, leading Murray by a set and a break in the final before the British player won a record fifth title. Three weeks later, they met again in the Wimbledon final, with Murray coming out on top once more.

“I like coming to play at The Queen’s Club for the Fever-Tree Championships because I think it’s the best way to prepare for Wimbledon,” said Raonic. “You have some of the best players in the world competing at this event on pristine grass courts, with a very homely feel, at a tennis club. I think it’s great to be in London at that time of year as well. I really have enjoyed playing well there in the past, and hopefully I can continue to do so.”

Wawrinka has won the Australian, French and US Open titles in a glittering career that is fully up and running again after he underwent knee surgery in 2017. The Swiss beat Rafael Nadal and Novak Djokovic (twice) in his three Grand Slam finals.

‘The Fever-Tree Championships is a great event and the grass courts at The Queen’s Club are perfect every year,” said Wawrinka. “I am very much looking forward to returning in June.’

They join defending champion Marin Cilic, British No.1 Kyle Edmund, Nick Kyrgios and NextGen stars Stefanos Tsitsipas, Denis Shapovalov and Felix Auger-Aliassime in committing to play in the tournament at The Queen’s Club. Andy Murray has a career-long commitment to play in the Fever-Tree Championships, health permitting, and will advise on his fitness status nearer the time of the event.

“We are hugely excited about the line-up of established champions and talented young players that we have assembled to play in the Fever-Tree Championships this year,” said Tournament Director Stephen Farrow, who is also the LTA’s Director of International Events and Professional Game. “Grigor, Milos and Stan have played the tournament for many years and are hugely popular with our spectators. We look forward to seeing them all in June, with further big names expected to be revealed when our entry list is finalised in early May.”

The Fever-Tree Championships is owned and organised by the LTA, and was shortlisted for Event of the Year at the BT Sport Industry Awards last night. The event was recently voted ATP-500 Tournament of the Year by the players on the ATP Tour. The Roll of Honour includes Murray, Nadal, Rod Laver, John McEnroe, Jimmy Connors, Boris Becker and Pete Sampras.

The 2019 edition of the Fever-Tree Championships will take place 17th-23rd June, broadcast live throughout by the BBC and Prime Video in the UK.

Tickets are available, starting from £50 – http://po.st/QueensTickets2019