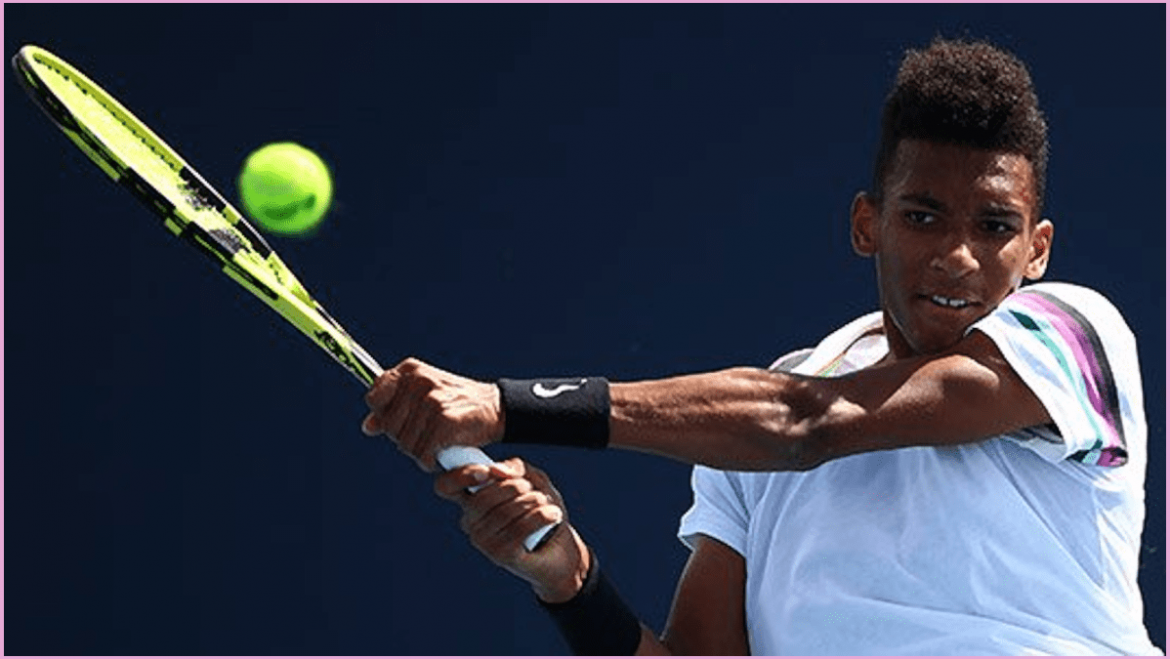 Fever-Tree 2019 – Auger-Aliassime, Shapovalov and Tiafoe To Light Up The Queen’s Club In June

Three of the brightest young stars in men’s tennis – Felix Auger-Aliassime, Denis Shapovalov and Frances Tiafoe – will compete in the Fever-Tree Championships at The Queen’s Club, 17-23 June.

Auger-Aliassime, 18, will be the first male player born in the 2000s to reach the World’s Top 50 when the new rankings list is published on Monday. Tomorrow, he will compete in the semifinals of the Miami Open – the youngest player to have reached the final four in the tournament’s 35-year history, two months younger than Rafael Nadal in 2005.

“It’s a tournament that I’ve watched growing up and I’ve heard that it’s one of the best of the year, so I’m excited to be playing there for the first time,” said Auger-Aliassime of the Fever-Tree Championships. “I get a chance to be in London as well, close to Wimbledon, so it’s nice. I think there is no better way to prepare for Wimbledon.”

If Auger-Aliassime reaches the final in Miami (he plays John Isner in the semifinals tomorrow), he could meet his friend and fellow Canadian Shapovalov, or Tiafoe.

Shapovalov, 19, takes on 21-year-old American Tiafoe in the quarterfinals today.

While Auger-Aliassime will be making his debut at the Fever-Tree Championships (and Wimbledon) this year, Shapovalov already ensured he is a firm favourite at The Queen’s Club with a stunning win over Kyle Edmund two years ago, and then nearly beating Tomas Berdych with some of the most extravagant, daredevil shot-making imaginable. He can’t wait to return.

“It’s a tournament I love coming to,” said Shapovalov. “The history of Queen’s is unbelievable. You see all the champions on the wall that have won that tournament, you see the way it’s organised, the way they’ve kept it. I’m really looking forward to going back there.”

Auger-Aliassime, Shapovalov and Tiafoe join Stefanos Tsitsipas, Kyle Edmund and Nick Kyrgios in the line-up, which will also see Marin Cilic trying to defend his title. Andy Murray has a career-long commitment to play in the Fever-Tree Championships, health permitting, and will advise on his fitness status nearer the time of the event.

“Felix Auger-Aliassime, Denis Shapovalov and Frances Tiafoe are three of the most exciting young players in the sport, and we are thrilled that they have agreed to play the Fever-Tree Championships,” said Tournament Director Stephen Farrow, who is also the LTA’s Director of International Events and Professional Game. “Denis had a great run at The Queen’s Club a couple of years ago, and he told me at the time that I should watch out for his good friend Felix (Auger-Aliassime) because he is an incredible talent. The results Felix has posted over the past week in Miami back up that view, and we are delighted that he will make his debut this year. Frances reached our quarterfinals last year and everybody loved him. We look forward to seeing all of them in June.”