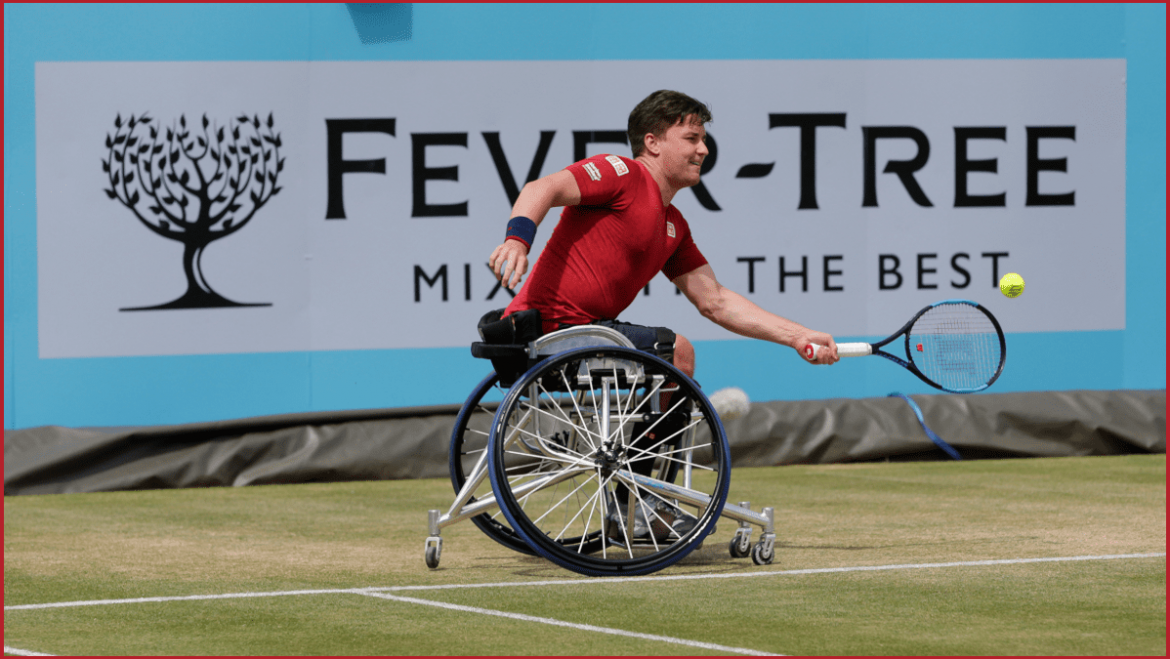 This year’s Fever-Tree Wheelchair Tennis Championships is to be the first ever grass-court wheelchair tennis ranking tournament to take place outside of Wimbledon.

After a successful launch as an exhibition event last year, the tournament returns for 2019 with an elevated status as a fully-fledged event on the ITF’s UNIQLO Wheelchair Tennis Tour, with ranking points at stake. The tournament is managed by the LTA and will feature eight of the leading players in the world as they bid to claim the trophy won by Sweden’s Stefan Olsson last year.  It will be held at The Queen’s Club from Friday 21 to Sunday 23 June, meaning it falls within the qualification period for the Paralympics and ranking points will contribute towards Tokyo 2020.

Tournament Director Stephen Farrow, said: ‘Last year’s tournament was a huge success and we are delighted to be able to run it as a tour event with ranking points this year.  Wheelchair tennis is a great sport for fans to watch, and the event is a fantastic addition to the Fever-Tree Championships.’

Fans will be able to purchase ground passes via the Fever-Tree Championships website to gain access to watch the action.  Anyone with Fever-Tree Championships Centre Court tickets for the Friday, Saturday or Sunday will also have the added bonus of being able to watch the wheelchair tennis action as well as the Paul Hutchins Trophy.  Players due to compete in the event will be announced in May.