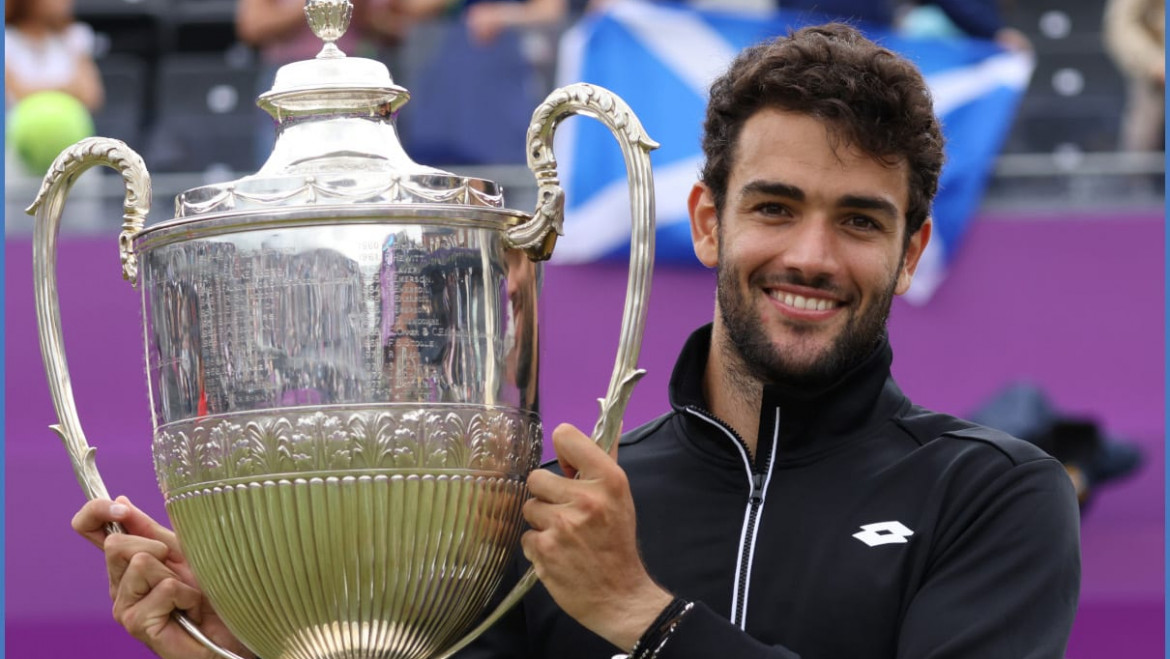 What a way to end an amazing week. Our final saw Matteo Berrettini against Cameron Norrie.  Berrettini’s massive serve looked capable of blowing away most opponents and in the first set, it looked as though his serves and powerful forehands were too much for Norrie. The second set was much closer, Norrie had his eye in and Berrettini had to step up. Norrie pushed the second all the way a tie-break before capitalising on Berrettini’s error and breaking. Into a third set, Berrettini just never ran out of gears. With the renewed tempo, the set and the match were his. 6-4 6(5)-7 6-3

After a short break, Norrie was back on centre to complete the remainder of the Doubles Semi-Final after play was suspended the night before. Reilly Opelka and John Peers didn’t hold back and finished the match rapidly. 7-6(3) 6-3

This put Opelka/Peers up against fan favourites Pierre-Hugues Herbert and Nicolas Mahut. Herbert/Mahut were back and looking to take the trophy for the third time! Coming off the back of a successful French Open, you could see how comfortable they are playing together. It was left to Mahut to finish the game and he didn’t let the pressure get to him. 4-6 5-7